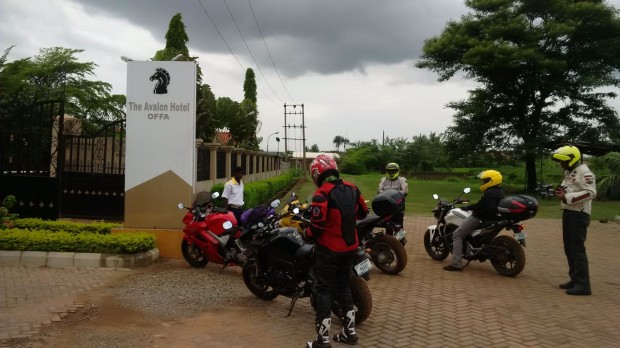 And so the day finally came, the 30th of May, 2014. Another tour about to commence to the Emirates of Ilorin. At the last minute, the destination had to be changed to Offa, due to the non availability of decent hotel accommodation in Ilorin as the result a government official getting married.

Take off venue was re-routed from the Ride Easy Superbike School to Auto-Shop and take off time was planned for 9am prompt.

I arrived some 10mins late having had punctures in my rear tire but I wasn’t going to miss this ride. Sobag, Kwesi and Kanu were already set to leave, so we waited further for Dayo who eventually showed up about 30mins late. Dayo and I were going to be fined and it won’t be easy oooch!!

The leak points in my rear tire started whispering to me I refused to heed their call and was advised to double the sealing material to shut them up! (I didn’t know you could do that!) so I quickly unpacked the tire repair kit, reopened the holes, doubled the sealant and packed the holes shut! That done we were set.

Taking riding numbers I was lead while Sobag swept, we agreed on where to meet up, next fuel stop, prayed and rolled out of Autoshop. Lest I forget, we had Kwesi with us who was riding out of Lagos for the 1st time on his 750cc Honda. His ride report will follow soon.

Being a work day, we encountered traffic on 3rd mainland bridge. But past that, we had a smooth run till the Lekki toll where we reassembled and continued. We got to Epe and took the bye-pass which took us through Epe local government onto the Lagos – Benin expressway. Crossing over towards Ijebu- Ode, FD called for a halt and advised we go through Ijebu – Igbo, we hit the express to Ijebu – Igbo. Stopped for fuel on the expressway and veering off at Ilisan – Remo, took the dual carriageway into the hinterlands. We came across a graded laterite road which threw up loads of dust, FD, who was leading was raising some real good dust while we trudged behind.

Clearing this section (thankful there was no rain), Sobag and Dayo took a tangent to our turn and went towards a village I can’t remember the name, and I had to do the chasing to bring them back.
Through Ijebu – Igbo to Ago-Iwoye, past OSU and unto the beautifully smooth Ijebu – Ibadan single carriageway. We opened up here, enjoying the shaded cover from the trees on both sides of the road and got to Ibadan in a jiffy, turned unto the expressway and headed straight down to Ojoo where the new roads leads majestically to OYO town through Fiditi.

On this Ibadan-Oyo road, every one opened up! The bigger CCs showing the smaller CCs their plate numbers! And disappearing. It is always fun on this stretch.

Avoiding the detour that took us through some uncharted roads the last time, we stopped in Oyo town to fill our tanks. Oyo came in a flash and it was back to the face-me-I-face-you to Ogbomosho road with the twists and turns. Oyo -Ogbomosho took all of 45 minutes, through the town and it was back to the dual carriageway to Ilorin. Getting to the bye-pass to Ilorin, we had a pit stop to stretch legs, titrate, enjoy the scenery and back on the road. Since we had no accommodation in Ilorin, we said our passing bye-byes to the Emir and proceeded to Offa. The road was the least enjoyable but thank God the potholes have been sealed which mad this stretch bearable.

After about 6 or so hours and 467km, we arrived at the Avalon hotel in Offa where we dropped anchor for the night. My tires held up but showed signs complaint by the time I was parking in Avalon hotel.

The night was uneventful except for 2 guys who came to wash the bikes at about 2am and didn’t finish till the about 7am. Being an “environmental” day we had planned to leave by 10am but upon discovering that the hotel had no buffet breakfast as advertised we decided to leave earlier until we were told that there was “environmental” in Offa too. So we ordered breakfast.

My rear tire had gone down again so we had to “Okada” lift a vulcaniser into the hotel to help with filling the tire up again with air. That done we rolled out of Avalon at about 10.00am. We also had a Lunch invite at a new joint in Lagos. As we readied ourselves for departure, we found there was another biker in the hotel who had come in that morning. Turns out Kayode, The Don, from HRMC, Port Harcourt, on a visit to his kids at a near by school from had heard we were in town and hunted us down. We hugged shared some stories, took some pictures and said our goodbyes.

Made Oshogbo in 45 minutes, taking the bypass to boycott Oshogbo town we headed to Ibadan. There was some road reconstruction ongoing (the government is working o), which slowed us a bit but passing through Ode-Omu where we took in the historic town, and Gbogan, we hit the Ibadan-Ife expressway. Our journey to Ibadan was smooth with Dayo, FD and Sobag blazing away while Kwesi and I brought up the rear.

We fueled up at Mobil Ibadan except for FD with the long range VFR and taking the last stretch back to Lagos.

Docking at the Cauldron in Alausa at about 1pm we were just in time for the Launch and lunch at the Cauldron! For the return we covered 363Km so totaling 830km covered.

All in, it was a good smooth ride, as we look forward to the next epic road tour. 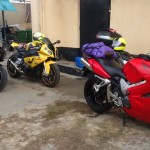 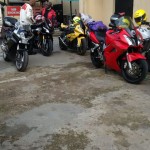 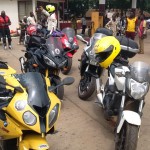 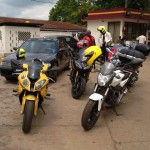 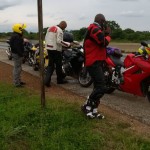 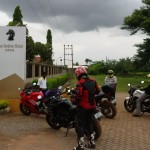 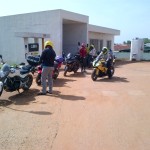 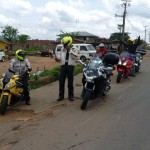 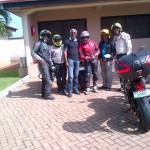 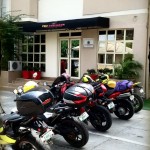 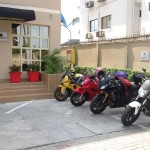 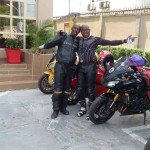 Posted On 12th July 2014 ~ 0 Comments
The annual ride plan had left the month of July free so when the tour bug bit and IKOGOSI came to mind, IKOGOSI it had…

Posted On 28th October 2013 ~ 1 Comment
Day 1 The day finally came but started with heavy rainfall. Thoughts of abandoning the ride never even crossed my mind! Got to the Epesok,…

BMW Off Road Adventure in Portugal

Posted On 25th March 2014 ~ 0 Comments
So, the day arrives and we are all loaded up. Herself and myself. At the check-in counter the security lady asks; “What are all these…